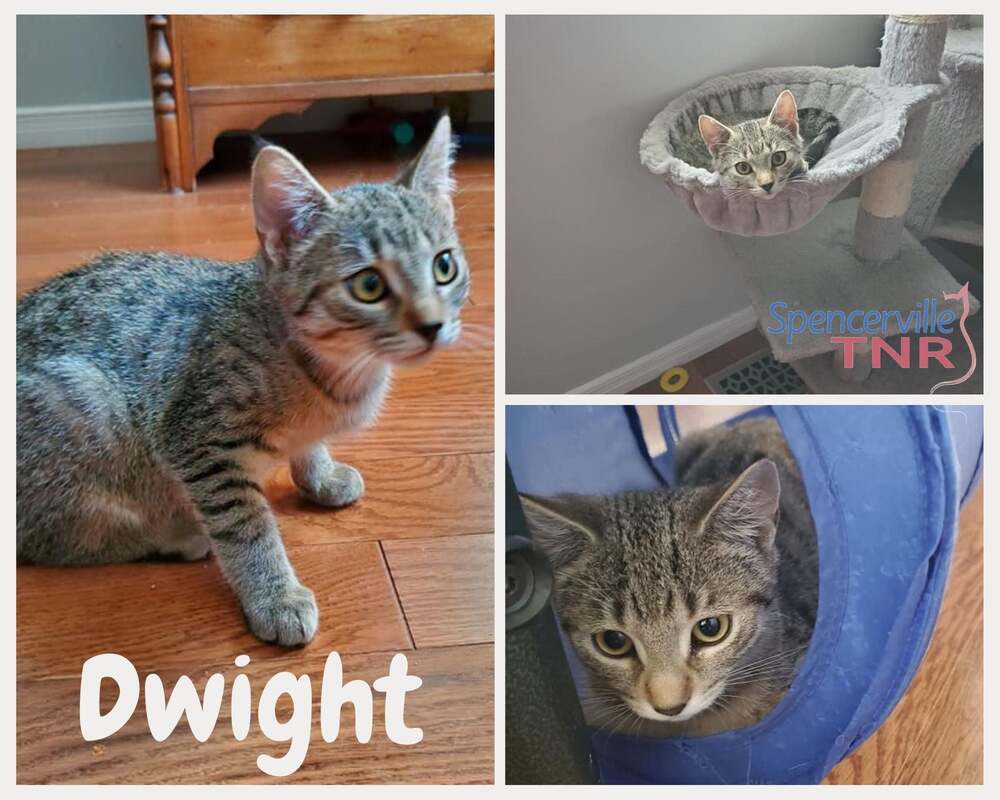 This little guy is a 5 month old grey tabby who comes from a barn colony. Although he is still a little shy of humans he has come a long way from the scared little boy he was when he first came into care. Once he realizes that there is nothing to fear he can purr up a storm in the arms of his foster mom. He has never scratched or bitten her. He is extremely playful and races around the house after his brother and sister. He has adjusted well to being with the other cats in the home. He loves his toys and can be often found carrying around a catnip filled mouse in his mouth. He is a healthy eater and enjoys his wet and dry food. He loves to perch on the cat tree and watch out the window at the goings on outside. He lives with dogs but is still very shy around them. He would do very well if adopted with one of his siblings (Jim or Pam) or have other feline companionship in the home.

Kittens under 1 year old must be adopted in pairs unless there is a young cat at home.