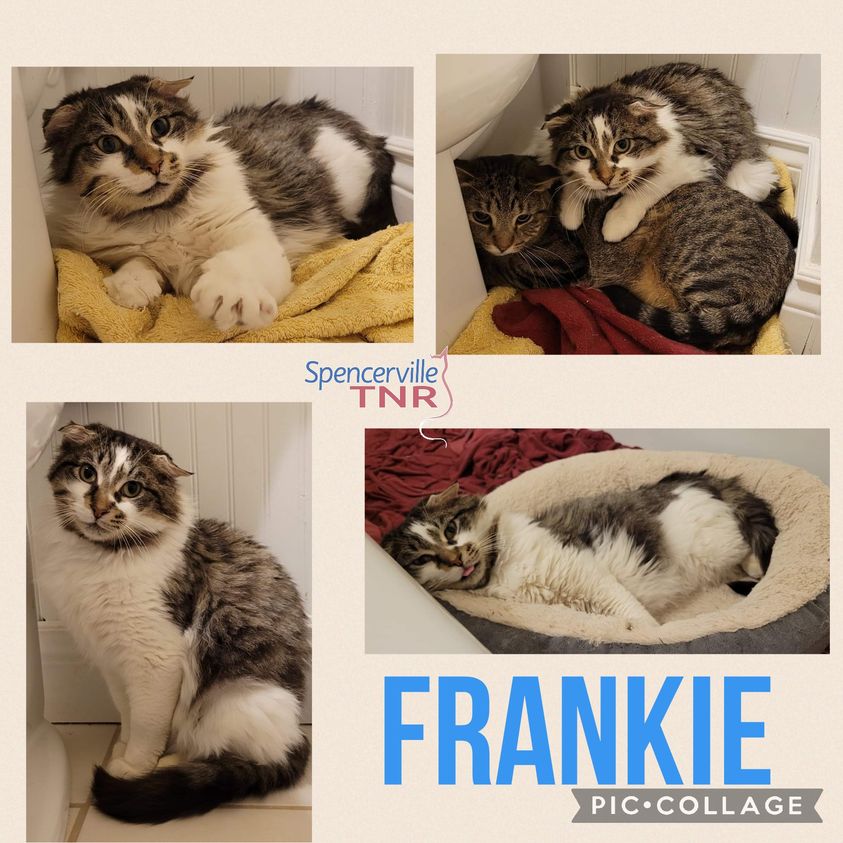 ​Over the winter, six year old Frankie found his way to a barn in Ingleside, where the property owner was concerned about the condition of his ears. She brought him to a vet and then to Spencerville TNR to be neutered before his return to the barn. However, his ears were in terrible shape requiring daily ear drops and he desperately needed to put on weight so he went into foster care. Surprisingly he was easy to treat and rather trusting for a kitty that had been through so much.
In his foster home he became fast friends with his roommate, Adrien. Frankie is a huge fan of canned food. He dances a gig while he waits to be served! He loves head ear & butt scratches. Butt scratches also make him bust out some moves!
He startles easily and still swipes and/or hisses out of fear. He is working hard to control his fear response and is doing quite well.
With time and patience, Fabulous Frankie, will become his best cat self and learn to trust. He would be a great companion for other felines or would love to be adopted with his foster brother, Adrien.
6 years old; neutered, vaccinated, dewormed, deflead, microchipped
$250
Adoption Application
SpencerVilleTNR 2020