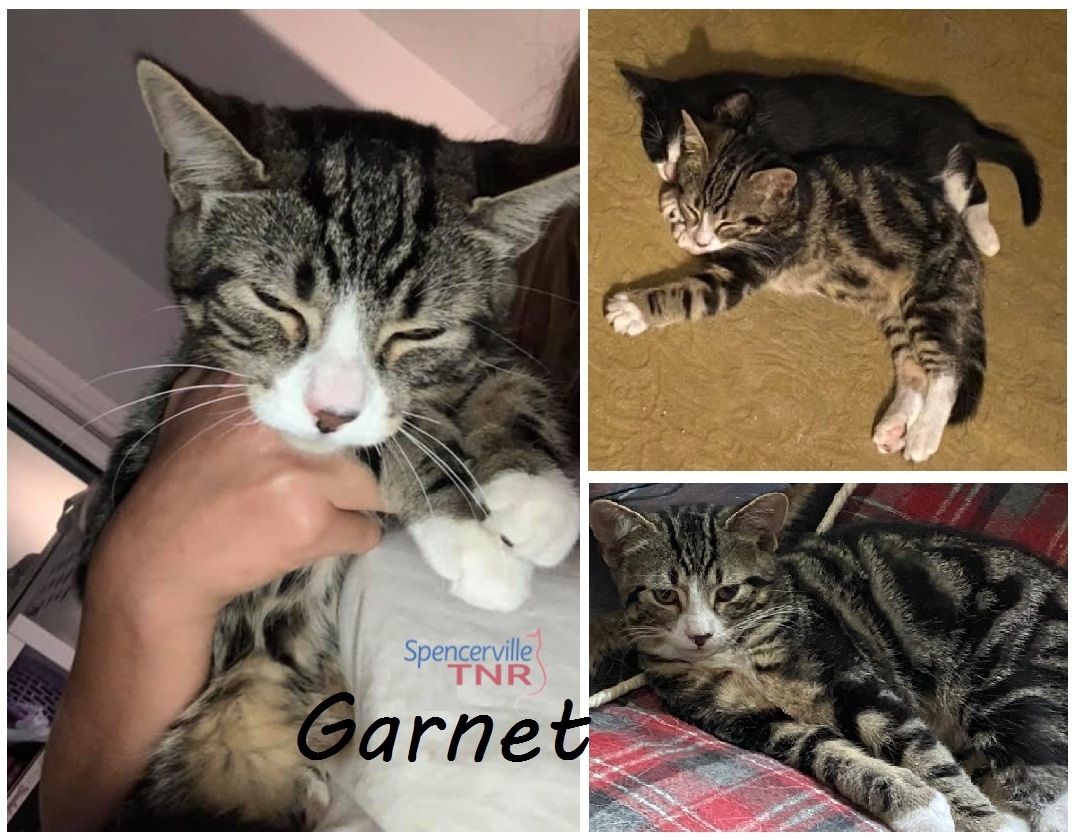 Garnet and his sister Pearl were found orphaned outside and brought to us. They were terrified at first but have come around quickly and love being pet and cuddled by my kids. They startle at quick movements but once in your arms they relax. Garnet is a playful purr machine. Loves food and his favorite toy is a ball with a bell.

Garnet is the braver of the two, allowing pets; loves food; very playful. Garnet and Pearl became comfortable with pets & cuddles from kids, but still startle at quick movements. He will relax once in fosters arms.

Kittens under 1 year old must be adopted in pairs unless there is a young cat at home.