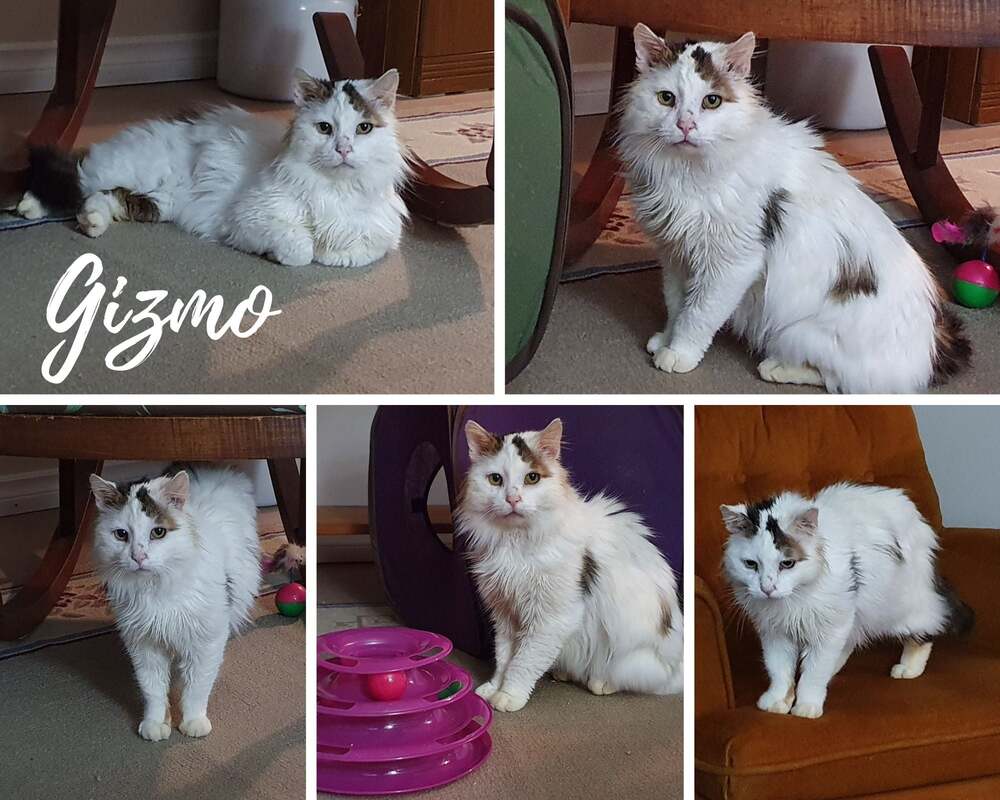 Gizmo is a five year old stray from outside of Kemptville. This handsome boy has come a long way from the terrified cat that would just lay there in fear. He has a few battle scars from his days on the street but it actually didn’t take too long for Gizmo to start trusting and loosen up a bit. Once that happened, he couldn’t seem to get enough pets. While some cats might be food motivated, Gizmo is definitely affection motivated.
He’s just recently started to show an interest in playing with toys but only after he gets a suitable amount of pets from you. He seems to really like the dried liver treats. He has started responding to the shake of a treat container but it’s not normally necessary because he comes over as soon as I enter the room.
​
He’s not real big on being held right now but I am able to pick him up to move him so it’s probably just a matter of time. He likes to snuggle up right next to or on top of me in bed.

I think Gizmo would do better in a one cat household. I’ve introduced him a few times to a young female here and it hasn’t gone very well. Now that’s just one cat but seeing as he did not come from a colony, I’m thinking maybe he doesn’t know how to socialize properly with other cats. Also, he seems quite content with human companionship.
​
Gizmo has not been exposed to children or other dogs. But if you are looking for a super affectionate cat, Gizmo is for you.