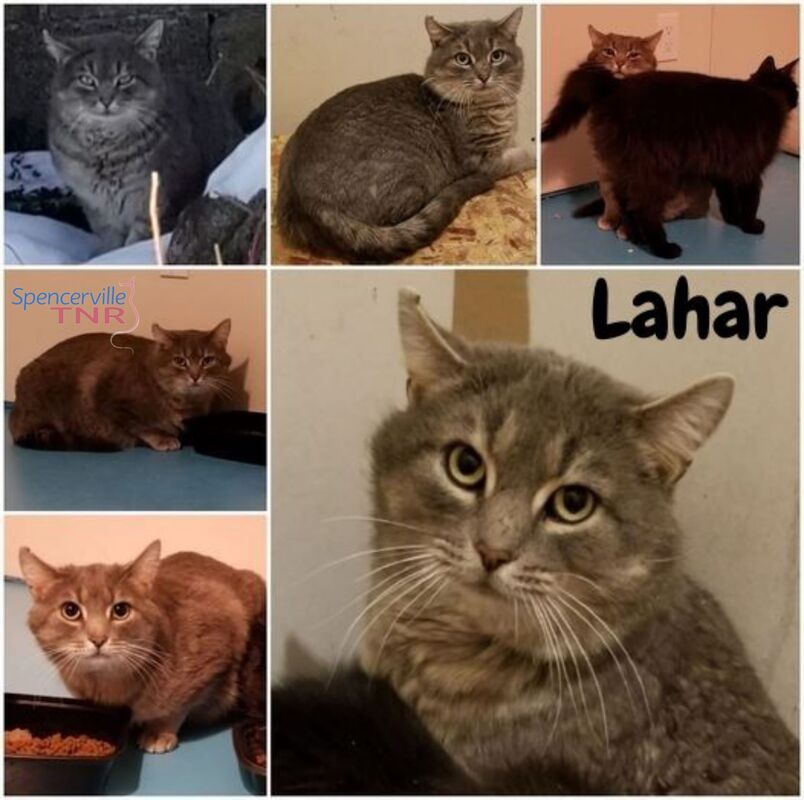 Lahar came from a large colony of cats who were left behind when their caretaker passed away. From the first day of trapping, he would watch curiously from a distance. He's been in foster care for a few months and has made a lot of progress. Although he started off pretty skittish, he has been gentle since the first day. Over the past few weeks, he has started to come to the foster at food time, meowing and purring away. This was surprising the first time it happened because he had not made a peep up to that point. Up until recently, he would flinch when his head was touched, but now he's accepting head scratches at food time. He still requires a slow, calm approach, as movement and sounds are still new to him. He will need a little patience as he gets comfortable in his new home, but he's made enough progress that it's time for him to continue to progress in his forever home.

He does well with other cats and his big progress started when his foster friend, Bear, joined him. He really boosts Lahar's confidence. So Lahar would do really well with a confident (not dominant) cat by his side. He and Bear don't have to go together, but they make the cutest pair!! He and Shade get along well too.

Lahar is a BIG boy! And he has a very soulful set of eyes that make it seem like he's looking right into you while he watches you. You won't be disappointed giving this guy a chance!