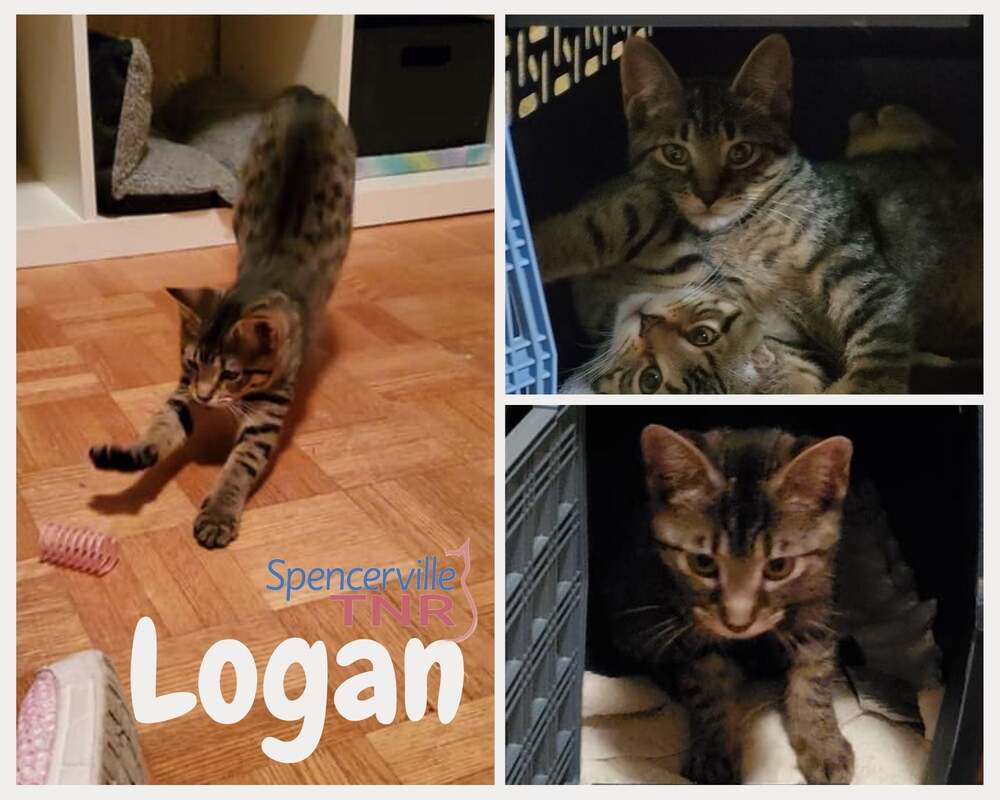 Logan is still quite a shy, but handsome fellow. When he's approached he hisses and runs, but he is easily won over with treats and churus. If you move slowly during churus, he will let you pat him, and then loves the pats once they start! He will just require an owner who is willing to work with him to overcome his shyness. Logan has loads of potential to be a great fur friend once he develops some trust. He is a very energetic player, who is bonkers for chasing a tiny ball. In fact a few times when he's played ball, he will actually bat it back to you to roll back to him again and again. Logan eats really well, both wet and dry food and he does a great job using the litterbox. Logan likes the adult house cats as well as other kittens. He gets along really well with his sister Tigerlily and they would be a great pair to have together!

Kittens under 1 year old must be adopted in pairs or go to a home with a young resident cat.