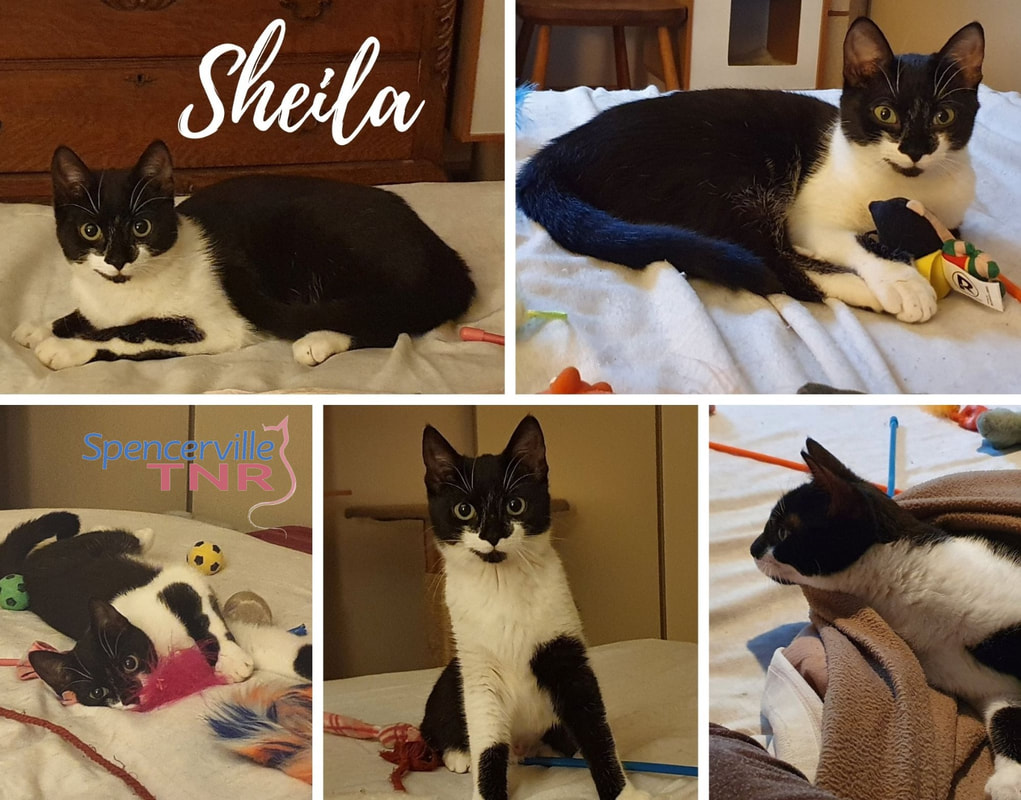 Sheila is a beautiful little 10 month old female from Lyn. She came to me as a very frightened little girl who would hide under the covers most of the day. She now alternates her time between various perches in the bedroom but will still sleep under the covers occasionally or if she’s been frightened by something. Loud noises or sudden movements will sometimes startle her.

She’s a very curious and playful kitten. I think she’s also quite intelligent as she is the first of my fosters to realize that the tiles in the downstairs bedroom lift up so she was able to get into the ceiling. That’s why she is now in the upstairs bedroom. She also learned how to slide my closet door open and kept doing it until I jammed it. So she will need a secure place at first until she has settled in to her new home.

Sheila hasn’t shown any fussiness where food is concerned and comes running as soon as you shake the treat container. She also usually comes as soon as you start waving one of the wand toys. It’s only recently that she has started coming to me for pets without the need for treats or toys.
​
I would consider her a fairly high energy cat as is usual for a kitten her age. She hasn’t had any exposure to children or dogs but has accepted any other cat she has been introduced to. She’s not at the point where you can pick her up yet but she sure enjoys her cuddles. She has the softest little purr I’ve ever heard on a cat but she purrs a lot, even when she’s just lying on the bed with me.