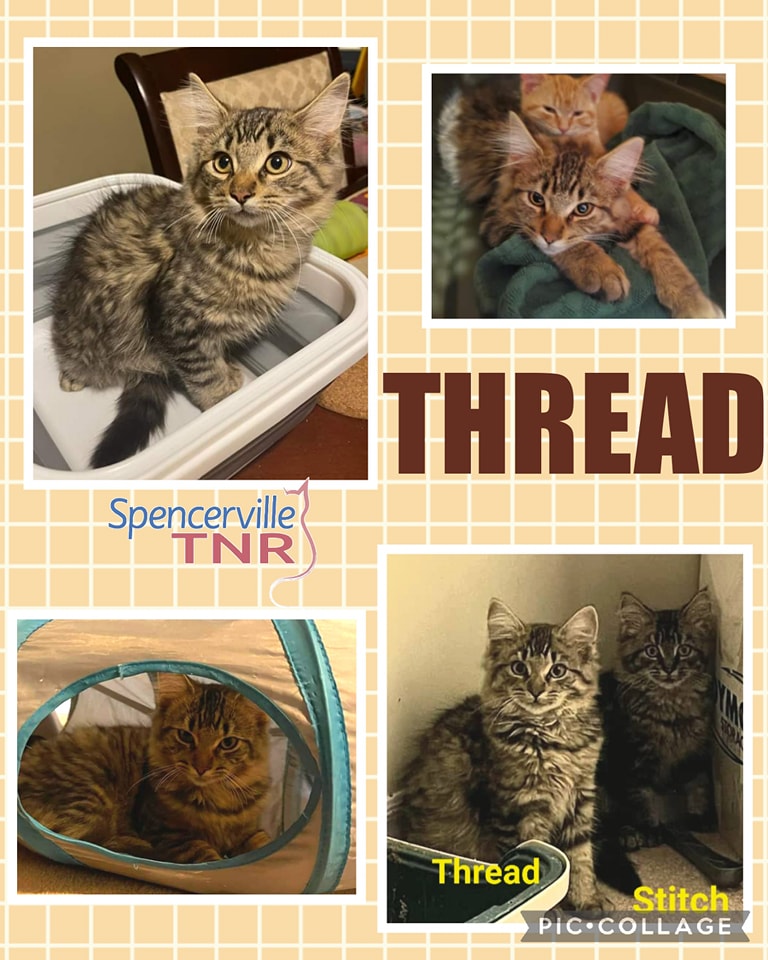 Thread is the largest of his littermates. He is very brave and is the first to investigate. He is always up for anything- playing, more playing, exploring. He can be a little rough with his exuberant playfulness, if he gets excited that’s when the claws or teeth come out. With some guidance he should learn how to play more gently. Thread has an exceptionally loud purr, and if he can stay still, you can have a nice cuddle. He would be fine with children who understand he can be rough when he plays.
Thread has been exposed to two adult cats and the foster's dog and has no issues with either. He understands cues from the adult cats.
Thread loves Churus and wands with a toy, balls and springs. Thread will start to purr the minute you pick him up, but will squirm if he sees something exciting to do. He likes to be petted and knows he is handsome!
He is good with being brushed and having his nails trimmed. He is such a character! Once you get to know him, you will just love him. He would love to be adopted with one of his siblings.

$275
(Kittens must be adopted in pairs unless there is a young, playful cat at home)
Adoption Application
SpencerVilleTNR 2020